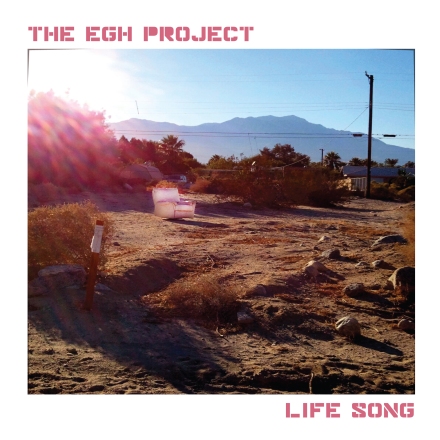 September 22, 2014 – Music lovers who thrive off of organic beats, soulful stratospheric vocals and a mellow poolside vibe will gravitate towards the new EGH Project’s album. Titled “Life Song,” the album provides music with the benefits of experienced musical viewpoints and blends remarkable musical talents from across the globe.

The EGH Project features 10 new electronic dance songs; which are available on iTunes, where it has already generated 5 star review status. It is a collaboration between individual group members who each could stand alone on the merits of their massive talent and international attainment.

The album is the first release on ERAKI Entertainment Group’s new “Forever Ride” label. The album release date is 15th October. Pre-release is available on iTunes.

Listeners will enjoy the producer/composer talents of DJ Marco Finotello, Italian percussionist/vocalist Sebastiano Mambretti and European singer/producer Eric Van Aro. Their prior experience on House and Chill compilations, loungemusic and housemusic selections and more imbued them with a sense of the pulse of the people. By blending their particular musical influences, they have generated a project that highlights and capitalizes on their strengths.

Among the group is a eight generation musician, Eric van Aro, whose mother is the lauded Italian singer Caterina Valente. Van Aro has several albums and compilations to his credit and 20 solid years of performance experience. Van Aro has gained premium reviews for his musical gifts, the storytelling elements and interpretive insight of his music and his ability to captivate audiences. He has carved out a name in the jazz and pop genres, in particular and has even been described as a creatively significant jazz singer by none other than Don Heckman from “The international music review”

Sebastiano Mambretti ,Drummer, Percussionist and Singer as well as Producer for Eric van Aro, Alphan  Prodige , La Moranera  and other Italian artists. He is also credited as an actor most notably in the 2012 narrative movie “Tapperman.”

Venice born DJ Marco Finotello has a body of works spanning the film and music industries. The graduate of the Academy of Music co-founded “The Vibes Organization,” and serves as an award wining sound designer and music producer for television and cinema.

Described as a collaborative work of these megatalents, “Life Songs” entered the market as a fusion of the three that resulted in a unequaled project with a unique outcome that no one could have anticipated when they came together.

CHRONICLES OF A FOURTH on iTunes

The EGH project on iTunes

This web site is not in the public domain! News found elsewhere about ERAKI Entertainment and it's Artists should be considered rumor unless/until also reported here. Do not use in any way and under any circumstances any material incl. photo, video and audio without prior written permission by Eraki Entertainment You're welcome to link to any page (html) of this site, but may not screen capture pages and posts! More IMPORTANT details available on the Copyright - Terms and conditions page of eraki.com
%d bloggers like this: